CCTV stands for closed-circuit television and is commonly known as video surveillance. “Closed-circuit” means broadcasts are usually transmitted to a limited (closed) number of monitors, unlike “regular” TV, which is broadcast to the public at large. CCTV networks are commonly used to detect and deter criminal activities, and record traffic infractions, but they have other uses.

CCTV technology was first developed in 1942 by German scientists to monitor the launch of V2 rockets. It was later used by American scientists during the testing of the atomic bomb. 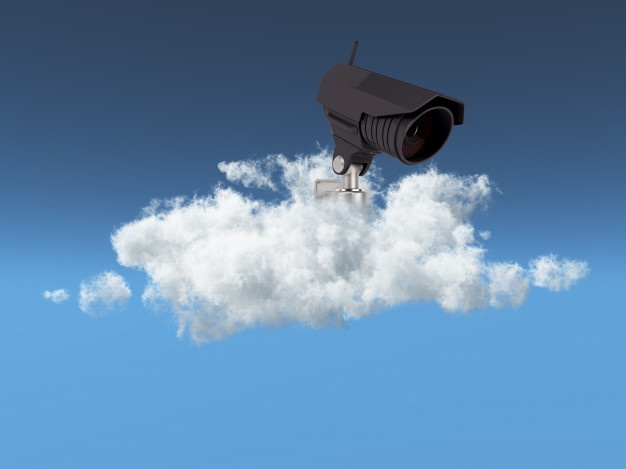 CCTV surveillance can deter potential criminals. When a crime does occur, video footage can help law enforcement to investigate and later provide evidence for prosecution in a law court. Used in conjunction with CCTV, audio, thermal and other types of sensors can alert officials to occurrences that are out of the ordinary, e.g. a fire or gun shots at a location. For businesses, CCTV cameras can detect and monitor in-house criminal activities. Prisons may use video surveillance to prevent drones from delivering drugs and other contraband to prisoners. Security cameras are able to monitor areas that are not easily accessible, e.g. rooftops.

Using CCTV cameras, emergency services and rescue workers are able to assess and monitor events in real time to relay a “situation” via video to disaster management teams, e.g. from inside a burning building, from a cave or from a helicopter flying over a scene.

Cameras at traffic lights and elsewhere in cities monitor people to gather traffic statistics as well as evidentiary footage for speeding. An heir to the IoT, the AoT is a Chicago initiative to collect real-time data, primarily weather and environment, about the city. Some sensory nodes include security cameras that analyze the images they record but, in order to protect individuals’ privacy, do not transmit or store these images. In the main, a limited number are stored for use by senior researchers in order to “develop the computer vision software”. The project has met with some resistance from privacy watchdogs.

There are about 43 facial muscles that express people’s thoughts and feelings. Smart software can identify these expressions, e.g. pain or anxiety, from images more easily that people can. CCTV cameras can also monitor patients – for instance children or the elderly – to identify potential medical crises, e.g. a stroke, or an epileptic or asthma attack.

CCTV used to research suicide found that 83 percent of people attempting to throw themselves in front of a train showed specific behaviors. These were later analyzed from CCTV footage and are now used to alert monitor watchers to potential suicides. Surveillance networks are also used by researchers to record crowd activities in public places and prevent anti-social behaviors. For instance, cameras have been used at schools for security, and to record bullying or playground incidents on video.

Market intelligence garnered from video surveillance of customers is being used to analyze buying trends and enable enhanced strategizing, e.g. how do people shop, which aisles do they traverse the most, how likely are they to respond to calls to action within different store layouts. Heat maps can show the highs and lows of shopper traffic at specific locations in a store, helping stores to identify peak buying times, preferred promotion types, and staffing requirements for peak shopping periods.

How does CCTV work?

Analog and digital systems work quite differently but modern CCTV networks use conversion software and hardware to convert analog to digital. This process is called retrofitting.

• One or more cameras (analog or digital), each with a lens equipped with an image sensor

• Cables – Either RJ45 for digital or coaxial for analog

• One or more monitors to which the images are transmitted 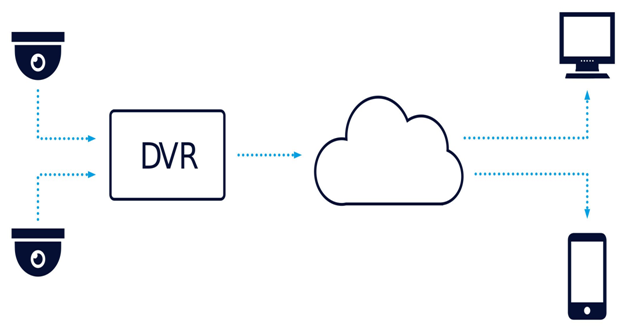 1. A camera records images through the lens using image sensors.

2. These images (and often audio too) are transmitted to the recorder or tape, either wirelessly or by cable. Recorders may use analytical software and other smart technologies to scan the data and send automated alerts to either humans, or other systems and devices. This Video Management Software (VMS) records, stores and analyzes video feeds. The software is often self-learning, using machine learning (ML) algorithms that utilize functionality like motion detection, face recognition, people counting, etc.

3. Monitor(s) can be passively (through software) or actively (by people) monitored. CCTV networks can, and should, themselves be monitored.

• Analog - Use Bayonet Neill-Concelman (BNC) connectors on coaxial cables to transmit continuous video signals. They are relatively low resolution but cheap and effective. There are more peripherals in an analog system, e.g. standard coaxial cables don’t usually transmit audio. Analog signals can be digitized, making it more cost-effective to go digital even with older equipment. The images require a video capture card and can be stored on a PC or tape recorder. A step up, analog HD enables increased resolution over traditional systems (1080 pixels) and are backwards compatible with analog cameras and BNC.

• Digital – Digitalize signals at camera level. These systems don’t require a video capture card as images are stored directly to a computer but require a (relatively) large amount of space to store recordings, so they are usually heavily compressed.

• Network or IP – Used with analog or digital cameras, these systems utilize a video server to stream footage over the internet. The advantages are the possibility of WiFi and audio, Distributed Artificial Intelligence (DAI) for analyzing image footage, remote access, Power Over Ethernet (POE), and better resolution. Furthermore, IP cameras have the ability to contain more cameras in one, which can cover a wide angle that may normally take multiple cameras or camera systems to cover.

All three options are still equally in use, with a high tendency to IP camera systems and digital video cameras.

Video encoders allows for the migration of analog CCTV systems to some network systems, enabling users to take advantage of cheaper hardware and modern features. The software allows a wired connection and then digitalizes video signals, sending them to a wired or wireless IP-based system.

Cameras use different types of image sensors, which convert light into electronic signals. A sensor comprises multiple photodiodes, or pixels, which register the amount of exposed light and converts it to electrons. The two most popular formats are CMOS (complementary metal oxide semiconductor) and CCD (charged coupled device).

• CMOS – These are more cost-effective than CCD sensors. Megapixel (utilizing millions of pixels) CMOS sensors may even rival the quality of CCD sensors.

• CCD – These are more costly with a higher power consumption. CCD scanners are generally the best option for inclement light conditions (they have higher light sensitivity) and they are quieter than CMOS. (While the signal itself is analog, it is converted for transmission by an analog-to-digital converter, which turns the pixels’ values into numeric values.)

• Interlaced (popular for CCD applications) – This technique involves the transmission of odd and even TVLs (l stands for lines) from an image. Cameras with more than 400 lines provide good resolution and more than 700 lines is considered high resolution. These transmissions are repeatedly refreshed, reducing bandwidth and fooling the human brain into believing they are seeing a single, complete picture. That is as long as an interlaced recording is viewed on an interlaced monitor; on a progressive scan monitor, an interlaced image may look jagged. Modern video software will first de-interlace interlaced scans to convert them to progressive scans that can be viewed on analog and progressive scan monitors.

• Progressive (popular for CMOS applications) – This method does not divide the image into fields (odd and even lines). Instead, the image is scanned and each line (field) is exposed on a monitor sequentially.

DVRs are usually part of the CCTV system, connecting to various internal components, not to external networks. DVRs are generally used with analog cameras. In a DVR system, every camera must be connected directly to the recorder.

While DVR systems process footage themselves, NVR systems encode and process data at the camera level, and then stream it to the recorder, which, in turn, is used for storage and remote monitoring. NVR systems usually use IP cameras. In an NVR system, each IP camera connects to the same network.

Cons – Can be expensive to buy out of the box, entail a higher learning curve and are at risk from hackers

The main criticism against CCTV is its potential to intrude on individuals’ privacy, employees (or customers) feeling that Big Brother is watching, and potential privacy breaches. Many of these issues can be mitigated by network monitoring software like PRTG

The future of CCTV

According to Wesley G. Skogan, in the future other digital technologies shall complement CCTV to create a simultaneously more autonomous and proactive surveillance process. These technologies include facial recognition, linked cameras, intelligent hardware, license plate readers, drones, police body cameras, and the IoT. These technologies will increase passive surveillance, the ability of systems, rather than people, raise alerts. Mass surveillance and a greater presence of security cameras, as we are already seeing in China, could spread to other countries.

One of the fastest growing trends in CCTV security, network monitoring software ensures CCTV systems stay up and running, and can provide 24/7 monitoring of an area and reliable notifications. Monitoring systems can alert staff when there is a power failure (and automatically switch to a backup power supply), constantly check for unusual activity on the network, and be configured for different types of usage, risks, and requirements (e.g. medical or retail).

Monitoring these networks professionally is essential to ensure compliance with international privacy and security regulations, to protect personal data, and to efficiently process large amounts of image data.